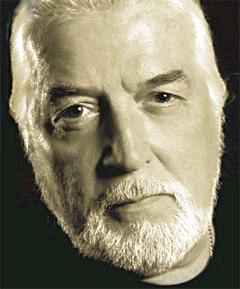 Real Name:
Jonathan Douglas Lord
Profile:
A musician, and composer. Lord is best known as a co-founder of the heavy rock band Deep Purple, in which he was a member from 1968 to 1976, and again, following the reformation of Deep Purple, from 1984 to 2002. He was also a member of Whitesnake from 1978 to 1983. His trademark keyboard sound on the Hammond organ played loud & sometimes distorted, fusing rock with classical or baroque, helped define heavy metal.

Rest... In... Peace... by crimsonmetal74
Concerts, I've Seen by ILoveRockAndRoll
Favorite Rock Keyboardists by markm65
Artists for the Future by Milesbeet-hoven1
artist 0 by h41f
The Greatest Rock Pianists/Keyboardists of All Time by anavrin3
View More Lists →