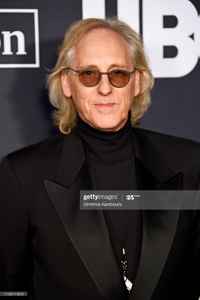 There is some confusion as to whether "Zinc" was actually the name of one of Jobson's albums or of the band itself. allmusic.com reviewer François Couture writes: "After his stint with Jethro Tull and as the wave of new romantic pop groups were taking control of the airwaves, Eddie Jobson entered the studio to record his first solo album, known as Zink, although it was meant to be titled "The Green Album" and billed to the band name "Zinc" -- the record company messed things up quite a bit."
Sites:
eddiejobson.com, zealotslounge.com, Wikipedia
In Groups:
801, Curved Air, Fat Grapple, Jethro Tull, Roger Glover and Guests, Roxy Music, The Neoteric Orchestra, UK (3), UKZ, Yes
Variations:
Viewing All | Eddie Jobson
E Jobson, E. Jobson, E.Jobson, Eddi Jobson, Eddie, Eddy Jobson, Edwin Jobson, Jobson, エディ・ジョブソン