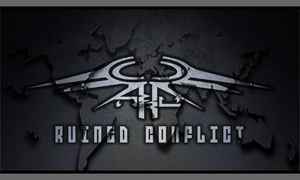 Profile:
Formed in 2011, Ruined conflict strives on developing a unique style of alternative electronic and orchestrated symphonies that would allow them to release a diverse and dynamic sound that would separate the band from others. Influenced by Industrial Alternative rock and metal creating there first album would be challenging. The message is simple " live for yourself not others ".
Sites:
ruinedconflict.com, Facebook, Bandcamp
Members:
Micha Meyer (2), Xavier Morales