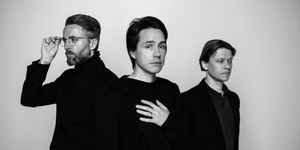 Johan Wohlert left the band in 2006 before the birth of his first child together with Pernille Rosendahl, but made a return in 2013 while the band were in the studio, before making his first live appearances since his departure in 2014.
Bo Madsen left the band in 2015. Mads Wegner was added to their touring lineup after Bo's departure but not considered an official member of the group.