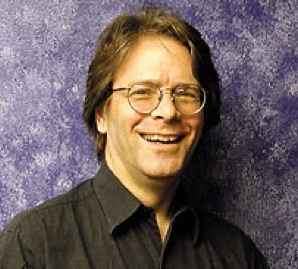 Massenburg, CEO of George Massenburg Labs (GML Inc.), is a prolific recording engineer and producer of over 300 record titles and artists, as well as being a 'guru' in the building of audio engineering components and sound studios.

As a young teenager, fascinated by audio-electronics, Massenburg worked in a recording lab before he attended John Hopkins University to major in electrical engineering. However, he left early to further his interests in audio development in other ways. Freelancing in equipment design he was chief engineer of Studio Europa Sonor in Paris, France, in the early 1970s.

In 1972 Massenburg presented a paper on parametric equalization to the 42nd convention of the Audio Engineering Society. His hands and ears have been at the recording and producing of a wide array of musicians, whilst lecturing on the subject in major American & Canadian universities. He has assisted in the building of a number of key sound recording studios in Maryland and California. In the early 80s he run George Massenburg Studios in West Los Angeles. In 1982, Massenburg founded GML, Inc., which produces equipment for, and consults for, specific recording applications.

Massenburg won record of the year 'Academy of Country Music Award' in 1988, Mix Magazine's 'TEC Award' for 'Producer and Engineer of the Year' in 1989, and the 'Engineer of The Year Award' in '91 and '92. He also won a 'Grammy' in 1996. A resident of Nashville, Tennessee, Massenburg has created Blackbird Studio there, with what is reputedly the most acoustically perfect studio control room in the world.
Sites:
massenburg.com, createdigitalmusic.com, recordproduction.com
Aliases:
George Motion
Variations:
Viewing All | George Massenburg
G. Massenburg, GM, George M., George Massemburg, George Massenberg, George Y. Massenberg, Gm, Mr. George Massenburg