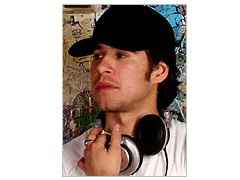 Profile:
Born in the capitol of El Salvador in 1969, Mauricio Aviles immigrated with his parents to San Francisco, California in 1973. Growing up in the Mission District, he was constantly surrounded by the latin rhythms of the barrio. His father had a company that produced theatrical and musical events that featured 'la cultura latina', and eventually Mauricio became involved with his father's creative enterprise, helping to produce several festivals and concerts in the Bay Area. The people and the music of this period provided the foundation for Mauricio's involvement in the City's burgeoning dance scene that evolved throughout the 90's.