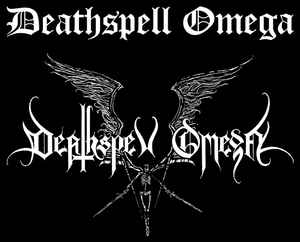 Profile:
French black metal band formed in 1998. The demo Disciples Of The Ultimate Void was released by Drakkar Productions in 1999. It was followed by the band's first full-length album, Infernal Battles in 2000 and three split releases, one with Clandestine Blaze, a second with Moonblood in 2001 and a third with Mütiilation in 2002. The same year the second album, Inquisitors Of Satan was released. They also recorded two more songs in 2002, one for From The Entrails To The Dirt and one for the compilation Crushing The Holy Trinity, both of which weren't released until 2005.

In 2004 the third album, Si Monvmentvm Reqvires, Circvmspice. was released, being the first album in a "lyrical" trilogy. In 2005 the preamble to the second chapter of the trilogy was released, entitled Kénôse. The second chapter itself (Fas - Ite, Maledicti, In Ignem Aeternum) was released in 2007. A split with S.V.E.S.T. was released in 2008, along with some reissues and compilations. The trilogy was completed in 2010 with Paracletus, followed in 2012 by the "epilogue" piece, Drought.
Sites:
Bandcamp, Bandcamp
Members:
Hasjarl, Mikko Aspa, Shaxul, Yohann

July 21, 2022
Anybody know what happened to DsO's Bandcamp page? I was gonna buy The Long Defeat if it was still available but the page no longer exists.
See 2 replies

Does Discogs have some standard way of expressing whether an artist is merely alleged to be part of some band? Deathspell Omega are notorious for not crediting anyone on their records (including non musicians such as sound engineers or artwork designers), so with the possible exception of a recognisable voice whoever participated to these albums is anyone's guess. It's been the case at least from "Si Monvmentvm Reqvires, Circvmspice." to "The Long Defeat". I don't know about older releases, someone who owns them might want to weigh in.

October 17, 2013
One of the most important bands of this millennium so far..
See 3 replies