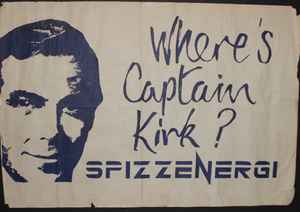 Profile:
Spizzenergi was the second alias of the band originally formed in 1977 as Spizzoil by Kenneth "Spizz" Spiers and Pete Petrol. As Spizzenergi, they were the first band to top the UK Indie Chart created early in 1980. The band underwent several name and line-up changes during their career, performing as Athletico Spizz 80 in 1980 and signing a major deal with A&M Records later that year.

September 21, 2019
The first version of 'Spizz' was Spizz 77, who I remember seeing at The Vortex supporting Siouxsie & The Banshees, but no releases exist
See 2 replies