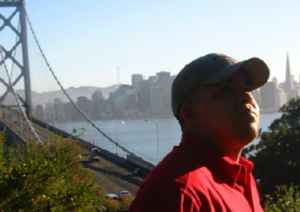 Real Name:
Andrew Madore
Profile:
This well traveled DJ has resided in Los Angeles, Minneapolis, as well as Cincinnati before making his true home in San Francisco Bay Area. Known for his ultra-hard beats and energetic crowd rockin' performances, DJ Tronic has traveled both Internationally and all throughout America droppin' his signature style of US Hard House and Hardcore. With Worldwide appearances in destinations like France, Spain, Belgium, Holland, Canada, and Mexico, as well as American cities like Chicago, Los Angeles, New York City, Buffalo, Cincinnati, Cleveland, Dayton, Columbus, Salt Lake City, Lexington, Phoenix, Tucson, Las Vegas, New Orleans, Louisville, Omaha, Miami, St. George, Seattle, and many others, it's no wonder why DJ Tronic is considered a leader in the US Hard House and Hardcore genres. Now working with his Resistance Recordings label, he is taking his Original Production to new heights, with his material being heard all over the globe and in demand by some of the world's top Hard DJ's. With certified crowd favorites like "FINE DAZE", "ICED COLD", "FIGHT MUSIC", "DULL DISKO NUTZ", "HARD BEATS ", and "AFTER MIDNIGHT", his material is consistently pushing the boundries of Hard House and Hardcore. Even with his music production becoming more prominent, being a DJ is still his first love, and one witness of DJ Tronic on the decks will make you appreciate how much he loves the music and what he does!
Sites:
resistancerecordings.com, djtronic.com
Aliases:
Circle K
Variations:
Viewing All | DJ Tronic
Audio Hijack 02, Tronic