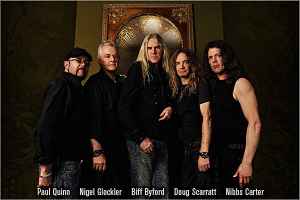 Started as a joint operation between SOB (with Graham Oliver and Steve Dawson), and Coast (with Biff Byford and Paul Quinn). Originally called Son Of A Bitch; renamed Saxon in 1977.