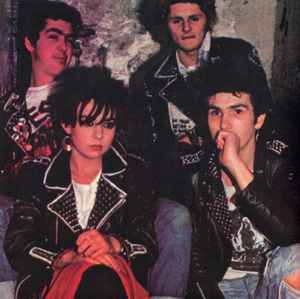 This lineup entered the 123 Studio in Cardiff, 1981 to record their first demo, copies of which were sent to Garry Bushell, who championed them in Sounds and invited them to contribute to the Carry On Oi! LP.

They split up towards the end of 1982 but reformed in late 1983 and moved to Bayswater in London.

February 9, 2021
there is a new lp of demos coming out next month titled THE PARTISANS-Anarchy In Alkatraz / No Future Demos 1980 - 1982 side a has the very first demo from 1980 holy sh#t! never thought that demo would every get released thanks to sealed records it will be.
See 1 reply