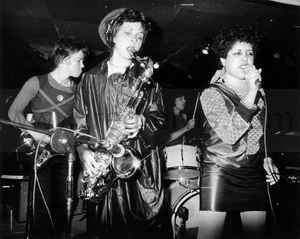 Profile:
UK punk band formed in 1976. After singer Poly Styrene left in 1979 to pursue other interests the band auditioned for a new singer and changed their name to Classix Nouveaux.