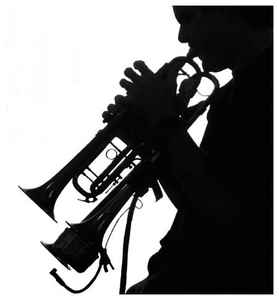 April 22, 2013
Putting the NOVA in innovator. One to rival John Came for mastery of a musical instrument. Buy on sight any of his records, head music for those with no head but plenty of brain matter. Many will pass by with closed ears, open yours and let those tiny neuron fibres on your tympanic membrane guide you through celestial space.
Reply Notify me 1 Helpful

May 1, 2003
One of the most compelling innovators in music today, BEN NEILL is a performer, composer, and inventor of the mutantrumpet, a hybrid electro-acoustic instrument. Through the interactive computer technology of the mutantrumpet, Neill creates a unique musical universe, melding the worlds of electronic dance culture, jazz, art music and visual media.

In the electronica/DJ culture of the 1990s Neill found an environment in which his sonic and technological explorations could flourish. The Sci-Fi Lounge, his collaboration with DJ Spooky and video sampling pioneer Gardner Post of Emergency Broadcast Network, toured America and Europe in 1997.

Extensive recordings of Neill's music reflect the scope of his artistic vision. His 1998 CD Goldbug (Antilles/PolyGram) "masterfully blurs the lines dividing traditional jazz and electronic dance sounds" (Billboard). WIRED Magazine chose a track from his 1996 album Triptycal for their Rhino Records CD Music Futurists, which features the music of artists who have done the most to push the envelope of musical technology.

Recently Neill joined forces with manager Carolyn Sachs to form Greet Beet Productions, a music design company which has produced music for 20 national television commercials in the last year including 11 for Volkswagen. Neill is currently working on a new collaboration with Scottish vocalist Andrew Montgomery, formerly of Geneva, as well as writing new material for an instrumental album and developing new installation projects.