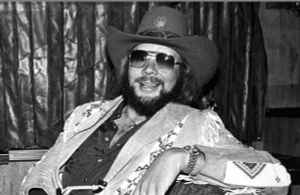 Hank Williams Jr. was performing his father, Hank Sr.'s, songs on stage at age 8. He made his first appearance at Nashville's famed Grand Ole Opry at age 11. At age 15, Williams had his first Top 5 hit on the country charts with a cover of his father's song, "Long Gone Lonesome Blues." He performed throughout his teens to sold-out crowds and on national television, carrying on his father's legacy through music. Before long, however, Williams got caught in the wild lifestyle on the road, drinking and taking pills.

In the 1970s, he created his own musical identity, combining country with Southern rock and blues. He worked on creating his own musical identity that combined country with Southern rock and blues.. The resulting sound debuted in the 1975 album Hank Williams Jr. - Hank Williams, Jr. And Friends. That year, Williams was severely injured in a mountain-climbing accident in Montana, and it would take two years and several major surgeries to reconstruct his face. The accident resulted in Williams's new trademark look, which included a full beard, cowboy hat and dark glasses.

By the 1980s, Williams had become one of country music's top performers. He had several multi-platinum albums during his career.