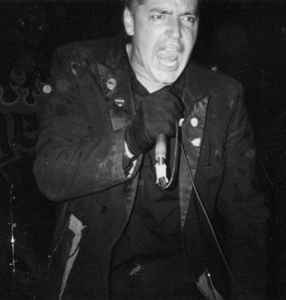 Real Name:
Jack Grisham
Profile:
Lead vocalist for a number of bands, most notably T.S.O.L., whom he co-founded. He was also frequently listed under different alias on T.S.O.L.'s early albums.

In 2004, he unsuccessfully ran for governor of California.