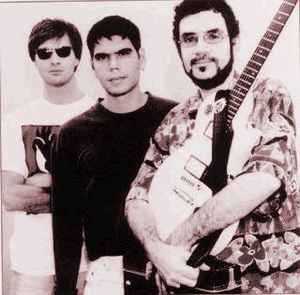 Real Name:
Renato Russo, Dado Villa Lobos, Marcelo Bonfá
Profile:
Legião Urbana was one of the most successful brazilian rock bands from the 80´s. Their popularity came from a mixture of punk/post-punk songs with Renato Russo's lyrics (who was one of the greatest poets from his generation).