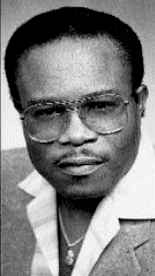 Joe Gibbs grew up in the resort town of Montego Bay in the fifties and in the early sixties he moved to Kingston where in 1966 he opened his first shop on Beeston street. Initially he sold and repaired radio and television sets but he soon started to sell records as well because it helped to draw people into the shop. His electronics background gave him the confidence to move into music production and he built his first recording studio in 1968 in the Duhaney Park area: "a simple but effective two track studio modelled on the studio at Federal Records". See Joe Gibbs Studio