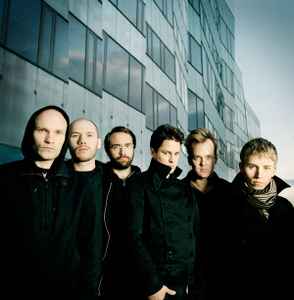 Profile:
There is an uncertainty about where and when it all started, but according to people who should know, Logh’s existence can be traced back to a bar in Lund, Sweden, a late night in 1998. A few weeks later, the first recordings are made in Tambourine Studios and the music recorded sets the stage for what’s to come.

As time passes, Logh manage to find their own unique way of making their instruments come to life. A decision is made to try and put a full album together and after what feels like an eon of time in the studio, an album is finally mixed and given to the only label that the band feels comfortable working with.

At the end of January 2002, Bad Taste Records release ”Every Time a Bell Rings, an Angel Gets His Wings”. In April/May the same year the band leaves on their first European tour. During the summer months Logh plays numerous shows in Scandinavia, including virtually every Swedish festival. In September the band changed their name to Logh.

The new year starts off with the release of ”Every Time...” on vinyl in February along with the 7” ”Ghosts”, a single co-released with the UK label Must Destroy Music who also release “Every Time…” on license in April.

The debut was praised and cherished for its solemn poetic nature all over the world when it was released and early 2003 the time had come to record the follow-up. The band spends close to two full months wrestling with a strange collection of songs. Almost an entire album is recorded, erased and re-recorded, members get sick, better and then sick again. The darkness refuses to let go until John Congleton (from the pAper chAse, producer and/or engineer of stuff ranging from The 90 Day Men to Euryka Badu) arrives on February 19th. In six days the chaos is structured and the wonderful ”The Raging Sun” finally completed.

On September 26th 2004, they entered Studio Gröndahl in Stockholm, Sweden together with Pelle Gunnerfeldt (producer of The Hives, Sahara Hotnights etc) and in about ten hours they recorded “A Sunset Panorama”! The entire event was filmed with five cameras and the music was mixed in both stereo and 5.1 surround. The full multimedia experience, which is presented on a DVD that comes with the CD, gives the viewer/listener the impression of actually being with the band in the middle of the recording room.