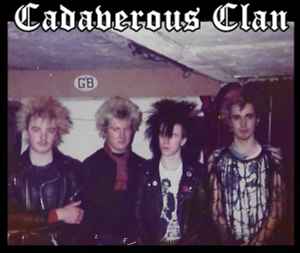 UK82 band of which existed between late 1981 and mid-1983. Damien Thompson and Mark Harrison had previously played together in Wrong Attitude, while the latter had also been in a band called Wild Youth. Harrison changed his name to Baskerville by deed poll when he was a member of Drongos For Europe.
Members:
Damien Thompson (2), David Wright (6), Mark Harrison, Stewart Goldie