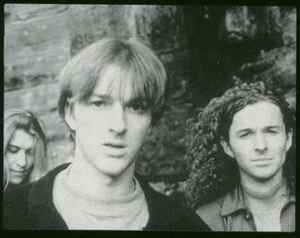 Profile:
Manchester based group which was responsible for several dance floor hits in the early 1990s. The three met in school and later became regular patrons at The Hacienda. Determined to make a record that would get them on the guest list at the famous club, they recorded their hit "Space Face" and pressed it up using money from their mothers, later signing it to Ten Records. Ten dropped them soon after and they re-signed with Rob Gretton's new label, Robs Records. They broke the UK Top 10 in 1993 with the single "Ain't No Love (Ain't No Use)". A couple of years later, a studio fire destroyed most of their equipment and spurred them to start afresh as Doves.
Sites:
Wikipedia, web.archive.org
Aliases:
Doves
Members:
Andy Williams (4), Jez Williams, Jimi Goodwin
Variations:
Viewing All | Sub Sub
SubSub