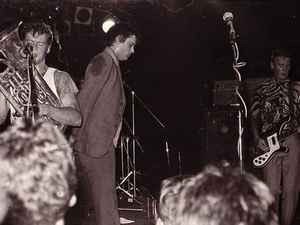 Profile:
Hugely influential NZ band from the early eighties. Blam Blam Blam were formed from the remnants of The Whizz Kids.

In their short history they released one album, an EP and a single but they are regarded as one of the most important bands of their era, amongst other things, launching the career of Don McGlashan, now one of New Zealand's most respected composers and musicians.