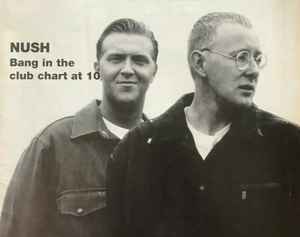 Profile:
Congress was an alias of Danny Matlock and Danny Harrison, better known as Nush, who were popular in the mid-late nineties with handbag hits such as 'U Girls' and also for their omnipresent remixes. Originally '40 Miles' was an instrumental track before vocals were added and the song became a rave anthem and perfect example of old skool house.
Aliases:
Nush
Members:
Danny Harrison, Danny Matlock