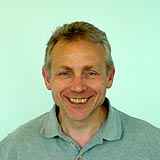 Staff started his music career as studio assistant at Trident Studios in 1970. In 1986 he then moved to mastering at The Exchange then subsequently to Sony Music Studios, London in 1994, followed by a move to Alchemy Soho (all in London, UK). Between 2010 and 2018, Ray Staff ran Air Mastering in London, UK, part of the Air Studios complex. Since 2018 he is no longer employed by Air Studios but will work on selected projects only.

August 15, 2020
I have 2 records with RAYS in the inner groove and they both sound amazing !! this guy knows what he is doing.
Reply Notify me Helpful

May 22, 2015
digital tech on vinyl reissues for me are so wrong.im a musician can you please tell me what year kent went digital on vinyl & are the 45 reissues analogue,i respect analogue sound engineers for me its a way of life & the only way to tell musical history as it was intended to be heard by the musicians.
Reply Notify me Helpful