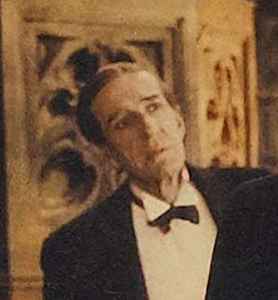 Real Name:
Joseph Aloysius Burke
Profile:
US composer, pianist and actor (March 18, 1884 – June 9, 1950). He was born in Philadelphia and died in Upper Darby, Pennsylvania. His first acting break was in the 1915 film "The Senator", his last was "The Show of Shows" in 1929. He went on to compose film scores.

He graduated from the Philadelphia Conservatory of Music and started as a pianist accompanying silent movies and an arranger in a music publishing firm. It was during this time that he started writing songs for publication. After he had a few hits he started composing full time. He partnered with some great lyricists; Benny Davis ("Carolina Moon") and Walter Donaldson ("Just the Same") and Joseph McCarthy, Jr. ("Rambling Rose"). However, the partners he had the most successes with were, Al Dubin ("Tip Toe Through the Tulips", "I'm Painting the Clouds with Sunshine, For You") and Edgar Leslie ("On Treasure Island", "A Little Bit Independent", "In a Little Gypsy Tea Room", "Moon Over Miami", "It Looks Like Rain on Cherry Blossom Lane").