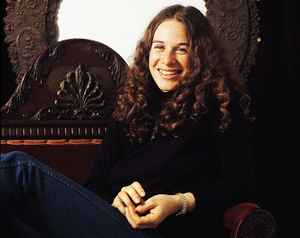 Formed vocal group Co-Sines in 1957 whilst at High School and adopted the stage name Carole King. Dated Neil Sedaka at this time. Met Gerry Goffin at Queens College with whom she formed a songwriting partnership and married in 1960. Their first big hit was "Will You Love Me Tomorrow" by The Shirelles in 1961. Goffin and King split personally and professionally in 1968 (children: Louise Goffin, Sherry Goffin Kondor), although they did work together later on. Carole King was inducted into the Songwriters Hall of Fame in 1987 and in 2002 became a recipient of the Songwriters Hall of Fame "Johnny Mercer Award".

She formed The City with Danny Kortchmar and Charles Larkey. She married Larkey in 1968, but The City was short-lived and disbanded after one album. In 1970 she toured with James Taylor and launched her solo career with "Writer" and then the classic "Tapestry". The hit albums continued and in 1976 she divorced from Charles Larkey (children: Molly & Levi).

In 1977 she married songwriting partner Rick Evers. Evers died a year later from a heroin overdose.

music i enjoy by SITF21-
基本リスト用のアーティスト一覧 by 3313project
Artists performing under a pseudonym, stage name or nickname (a name other than their real or birth name) by Sacstracks
ARTISTS I SAW “LIVE" by tiopepe
Favourite artists by Ackaraga
Seen in Concert by raoulsch
基本リスト用のアーティスト一覧 by arapstock
Watched Artists by Macondox
Favourite Artists by marilyn96georgel
Artists for the Future by Milesbeet-hoven1
“VH1’s Top 100 Women Of Rock ‘n’ Roll” by crimsonmetal74
“VH1’s Top 100 Greatest Artists In Rock ‘n’ Roll History” by crimsonmetal74
Tu Cara Me Suena 6 [2017] España. by AaromGustinmondir
Need to be in RNRHOF by robtadrian
Artists I Have Seen Live by roddyrodd
My Favorite Musicians/Bands by Kraftwerk_1970
80's Mega Collection by eeeben
Pop by eeeben
Naked City ‎– Radio by BasC
Favorite Artists by BigCreator
Songwriters Hall of Fame by pitermiki
View More Lists →