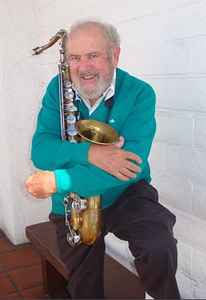 He was also active as a producer in the 1950's and 1960's at Liberty, UNI Records & Tops Records. In 1961, Pell switched to alto sax and clarinet to work with John Kirby. He worked with Snuff Garrett in the 1980's, heading Garrett's Viva (3) label, which had some of the hotter country artists at the time. He joined up with another West Coast jazz vet, Lennie Niehaus, and handled the soundtrack recordings for a number of Clint Eastwood (2) and Burt Reynolds films, including "Sudden Impact" and "Sharkey's Machine". In the late '70s he formed the group "Prez Conference"