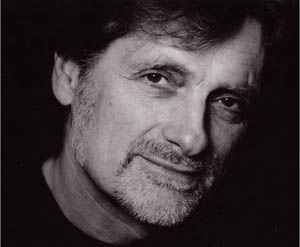 Real Name:
Ivan Pedersen
Profile:
Danish vocalist, drummer and producer. Born 22. april 1950.
Founded the band McKinleys in 1966. After 13 years and 5 albums they split up in 1980. In 1981 Ivan writes for other artists and joins up with Peter Grønbæk to form Taxie (2). Taxie candidates for The Danish European song contest 1982, but gets very few points and ends up in last position. From 1982 to 1988 he has great pop succes with the duo Laban together with Lecia Jönsson, achieving chart positions in the USA, East Asia, South America and Scandinavia. Simultaneously Ivan sings backing vocals with Henning Stærk, Poul Krebs, Moonjam and others and runs his own Black Label (8). In 1989 he releases one album with Ivan & The Smallwonders and after that starts a recording studio with his friend Søren Jacobsen. In 1992 while singing with Moonjam he meets old friends, and starts Backseatboys, later Backseat. That year he also wrote the song "The Perfect way", with Søren Jacobsen, performed by Ester Brohus, winning the title as the danish "Hit of the Year". Throughout his career, Ivan Pedersen has been acclaimed for his vocal skills and he is frequently seen as backing vocalist in various settings in the studio and on stage with major danish artists. In 1995 he is nominated for a danish Grammy in the category "Singer of the Year, a prize that he finally won in 1996. From 2001 to 2004 he releases soloalbums "Monogram" and "Udenfor Nummer, Men Venligt Ment". In 2006 the 40 years anniversary boxed set "Memo" is released.
Sites:
ivanpedersen.com, Wikipedia, westcoast.dk
Aliases:
L.Y. Rikkesen
In Groups:
Backseat, Kick Allstars, La Santa Team, Laban, McKinleys, P.J. Pettycash, Sing Sing Sing, Taxie (2), The Conductors (3), The North West Gospel Chamber Ensemble, The Penthouse Team, Things We Do For Love
Variations:
Viewing All | Ivan Pedersen
I Pedersen, I, Pedersen, I. Pedersen, I. Petersen, I. Peterssen, I.Pedersen, IP, Ivan, Ivan P., Ivan Petersen, Pedersen, Peteresen, T. Pedersen