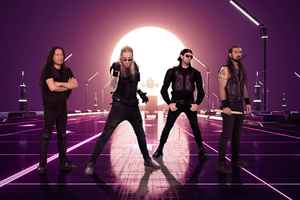 May 2, 2010
Ususally people who hate DragonForce are pseudo-intellectual, posturing, beard-stroking twats who don't actually understand what rock/metal is about (especially power-metal). It's about energy. And DragonForce is 100% energy and they're not trying to appeal to academic hipsters. This is not guitar wankery, there's tons of musicality and emotion in this music.
I'm a total metal snob who hates most powermetal and even I like them.
See 1 reply