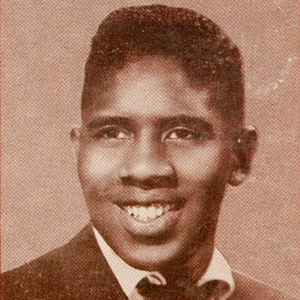 American R'n'B and vocal group singer, songwriter and musician. Recorded most actively in the 1950s and 1960s. He performed and recorded with many of the doo-wop bands based out of Fremont High School. Most notably he wrote and recorded the original 'Louie, Louie,' later performed by The Kingsmen. Once the subject of an annual marathon by California college radio station KFJC, it is the second the most-covered song in in the history of rock music.

The Northwest has a long rock and and roll history. Maybe you remember Nirvana and Soundgarden, perhaps you even recall the Wilson sisters and Heart. But way before them there was something called the Northwest Sound featuring bands like The Wailers, The Kingsmen, The Frantics, Paul Revere and the Raiders and The Sonics. In 1962, while the rest of the country was listening to a host of teen idols, knock-offs on the twist craze, and some pretty good R & B, the Northwest was bathing in the glow of “Louie, Louie.”
“Louie, Louie” was a staple of the Northwest dance circuit. It was covered by every band worth a salt. It’s what the kids wanted to hear. It was issued as a single by Rockin’ Robin Roberts and the Wailers in ’62. It became a national hit by The Kingsmen in April 1963, and was covered by Paul Revere and the Raiders, Motorhead, Black Flag and Iggy Pop. The indecipherable lyrics, sung by a sailor to his bartender, were slurred by Kingsmen vocalist Ron Ely, popularized by John Belushi in Animal House, and investigated by the FBI. Few songs have garnered as much popularity, parental and institutional fear, and general curiosity as “Louie, Louie.”
Though we like to claim the song for our own, Louie, Louie” was not written in the Seattle, Tacoma or Portland. It was imported here by Richard Berry, a little known R&B artist from Los Angeles. According to Peter Blecha in his wonderful work on Northwest music, Sonic Boom, Berry was performing at the Eagles Auditorium in Seattle on September 21, 1957. Berry recorded the song on Flip Records in March 1957, with his band, The Pharaohs. While it was a modest success, selling some 130,000 copies on the West Coast, it was not Berry’s vehicle to fame and fortune. He sold the rights to the song in 1959.
Berry was also the author of another important song in Northwest music history. In 1959 he wrote “Have Love Will Travel.” The Sonics and Paul Revere and the Raiders both covered this song. It’s a terrific vehicle for the Sonics ragged sound and Gerry Roslie’s primal vocals. Another song with a wide variety of covers, including Ian Gillian of Deep Purple, Sky Saxon of the Seeds, and a terrific version by The Black Keys.
While Berry recorded and performed at least until the middle ’60’s, he lived in L.A. in relative obscurity and poverty until he reclaimed the rights to his songs in the 1980’s. It allowed him to die in 1997 as a millionaire.
Ace Records pressed a super Richard Berry anthology, appropriately titled Louie, Louie on red vinyl in 2014. It’s a great collection of 14 tracks In addition to Louie and Have Love, there is a great collection of doo wop and R&B tracks. It’s a great listen. For those seeking 7″ singles, Berry’s tunes remain surprisingly available and affordable for records of such importance.