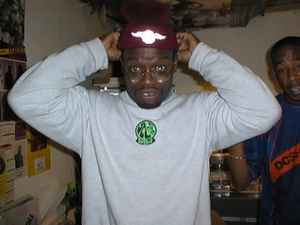 Real Name:
Neville Smith
Profile:
After early involvement in playing bass a band called Kuro, Smith had also hooked up with Darius Keeler (of Archive) and Steve Mac (of Gems For Jem) in the early 90s.

Going back to college to study a BTEC in Music, Smith formed the 'Brasstooth' name and produced the first track 'I Can't Quite Understand'. With no major label interest, Smith founded Well Built Records to put out his material. This was shortly followed by his biggest UK garage release 'Celebrate Life' featuring the vocals of Sean Mitchell aka Pa-Melle. This sold 30,000 copies - mostly sold out of the back of the car and directly to dance record shops, leading to a deal with WEA/Warner Records.

WEA/Warner promoed 'Celebrate Life' featuring remixes from El-B and Zed Bias, whilst Smith had just written a new track 'Pleasure'. However, just as 'Celebrate Life' might have crossed over into the charts and 'Pleasure' was scheduled for release (having again sold good numbers on his own label), WEA/Warner underwent a change of senior management and Brasstooth and a number of urban artists were released from their contracts. Despite this, Smith continued to release on Well Built.
Sites:
SoundCloud, Bandcamp
Aliases:
Croydon Dub Heads, Neville Smith, The Stiffnecks, The Urbanites
Variations:
Viewing All | Brasstooth
Brass Tooth