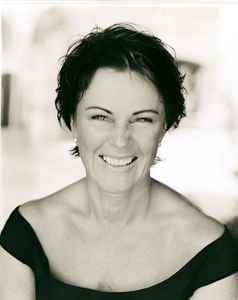 Real Name:
Anni-Frid Synni Lyngstad
Profile:
Singer, best known from ABBA.
Frida was inducted into the Rock and Roll Hall of Fame, as a member of ABBA, in 2010.
Born on November 15, 1945 in Ballangen, Norway.
For more Frida releases, see Anni-Frid Lyngstad.

Based in Sweden, Frida started her music career in 1958 as a jazz singer, under her given name 'Anni-Frid Lyngstad'. In 1964 she married jazz musician Ragnar Fredriksson and had two children, Hans Fredriksson and Ann Lise-Lotte Fredriksson. The couple separated in 1968. In 1967 she won EMI's talent competition "New Faces", making her first TV appearance, singing "En Ledig Dag", her first single, released on EMI's His Master's Voice imprint. Despite several singles on EMI, a few of them charting, and appearing on Swedish television and cabarets, Frida didn't become hugely popular in Sweden, prior to ABBA. She had her first #1 hit in 1971 with "Min Egen Stad". The track was taken from Frida's first, eponymous album, produced by her then fiancé and future husband Benny Andersson (the two wouldn't marry until 1978). The album expanded Frida's style more towards pop.

In 1972, Frida signed with Polar and recorded her first single for the label, "Man Vill Ju Leva Lite Dessemellan", which became her second #1 hit in Sweden. ABBA was formed that same year. The production of her first solo album for Polar took over a year, as the production of ABBA albums of "Waterloo" and "ABBA" took precedence. "Frida Ensam" was released in November 1975 in Scandinavia. The single "Fernando" (later recorded in English by ABBA), and the album reached to the Top 10 in Svensktoppen.

Frida didn't adopt the artist name 'Frida' completely before her post-ABBA releases, although only "Frida" appeared on the sleeve front of both of her 70s albums.

Frida divorced Andersson in 1981, and ABBA released their last new material in 1982 before their 2021 comeback with Voyage. This led Frida to collaborate with Genesis drummer and singer Phil Collins, on her album "Something's Going On", released in 1982. The single "I Know There's Something Going On" and the album became considerable hits, especially in Europe.

In 1984 the album "Shine" was released, produced by Steve Lillywhite. Unlike her previous album, it was only a moderate success, mainly in continental Europe. Frida debuted as a songwriter on the album with "Don't Do It".

After the two solo albums, Frida concentrated on environmental issues and got involved with Artister För Miljö, who released a single in 1992, with Frida on vocals. The same year she became a princess through her marriage to Prince Heinrich Ruzzo Reuss (of Plauen) in 1992.

In 1996, the album "Djupa Andetag" was released. The album marked something of a comeback for Frida, although in Scandinavia only.

July 21, 2016
When first released in September 1982, "Something's Going On" reached number one on the album charts in Sweden, went Top 5 in Norway and Belgium, as well as going Top 10 in Australia, Finland, Switzerland, Austria and the Netherlands. The single "I Know There's Something Going On" has sold over 3 million copies alone since release. The album is produced by Phil Collins.