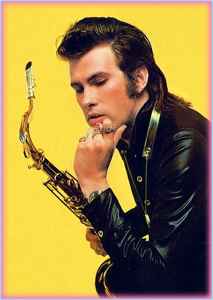 At college Andy became deeply involved with avant-garde and electronic music, particularly the work of John Cage, Morton Feldman and Karl Heinz Stockhausen. It was at this time that he met Brian Eno, an art student at nearby Winchester College of Art. A well known career in Roxy Music ensued.