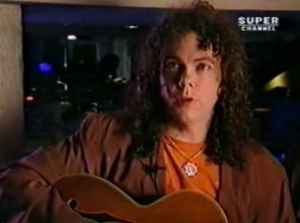 Raised in a musical family, his father was a Jazz Band leader in college. Learned piano at a young age. Taught himself guitar with a few few formal lessons. Influenced by British Rock and Jimi Hendrix as well as Blues, R&B guitarists and a host of piano players. Played in garage bands and big bands in high school. Moved to the west coast 1960s where he played in many Bay Area bands. Studied music at Stanford 1970s. Played as a studio musician during breaks from university. Played with The Gap Band for four years.
Teamed up with Patti Cathcart in 1978 later forming the duo Tuck & Patti and marrying her in 1981. Uncle of St. Vincent.