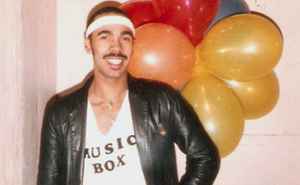 Real Name:
Ron Hardy
Profile:
Ron Hardy is the only man who can test Frankie Knuckles' status as Godfather of Chicago House Music.
Though he rarely recorded under his own name and left little evidence of his life, Hardy was the major name for Chicago's dance music from the late '70s to the mid-'80s. By 1974, he had already effected a continuous music mix with reel-to-reel machines plus a dual-turntable setup at the club Den One. Several years later, Hardy played with Knuckles at a club called the Warehouse and though he spent several years in Los Angeles, he later returned to Chicago to open his own club along with Robert Williams, the Muzic Box.

While Knuckles was translating disco and the emerging house music to a straight, southside audience at the Power Plant, Hardy's 72-hour mix sessions and flamboyant party lifestyle fit in well with the uptown, mostly gay audience at the Muzic Box. A roll-call of major Chicago producers including Marshall Jefferson, Larry Heard, Adonis, Phuture's DJ Pierre and Chip E all debuted their compositions by pressing up acetates or reel-to-reel copies for Hardy to play during the mid-'80s.
Lingering problems with heroin addiction forced him to leave the Muzic Box around 1986 and though he continued to DJ around the area, Hardy wasn't around when Chicago became house music's mecca later in the decade.

Deejay Ron Hardy died March 2, 1992, and that's the only reason why he's not a star today. With the clubs he's been spinning for (especially the Muzic Box from 1983 to 1988), he was drawing the way of the new sounds of the night. Something was definitely changing, and he was part of the change. You know that one day 'Jack Had a Groove'... but did you really know when late Disco turned into early House music? Ron Hardy was it. Icon of the gay House nights of Chicago, that man was a deejay like some others are monk... it was everything for him, a sort of religion. Mixing speedy electro-pop with accelerated disco, edited disco-classics with acid tracks, when other deejays used to mix it warm... he used to mix it cold. One of his very close friends told me that he was almost never sleeping... mixing records all the time, doing weird things with his turntables. There was about nothing in his appartment, nothing but black shiny records, and a bed... and that for years since the 70's when he left for westcoast, the 80's when he came back to Chicago, until 91 when everything stopped. Too much drugs and awaken nights... he killed his own batteries for the music.
At least we still have the tapes of his talent and the memories of his friends.
Sites:
partehardy.com, Wikipedia
Variations:
Viewing All | Ron Hardy
Hardy, R. Hardy, R.Hardy, Ron, Ronnie Hardy

July 31, 2015
Evil tounges tells that Ron Hardy never did any edits himself, maybe Erasmo Rivera did them.
Of course the myth sells better.

December 31, 2014
Remember as a youth growing up in Chicago and a closet "HOUSE Head" riding on the 28th & state street bus with my best friend Pete Robinson(RIP) going to listen and dancing to Ron at the Music BOX, 15 year old closet catholic school "house head" basketball player in a zone for hours early in the mornings, Ron was a genius at keeping us moving sneaking back in my room undetected, getting ready for school with no sleep, thanks for all the memories and coming to Leo High after we played a game Ron, the real house heads no what I'm talkin bout! 1985 was my awakening. RIP and thanks again.

December 9, 2013
In my opinion the edits culture of house and disco music has started with this guy, while Frankie was making fluffy smiley music. on the other side of Chicago Ron was making things dirty, raw and in your face dance material. he was visionary to a certain sound you can hear at clubs in Europe these days. very DIY machine-wise patterns, and some of the cuts sound unfinished in many ways but they work out beautifully on the dance floor.

June 12, 2008
Legendary. DJ Culture has had it's opening moments shaped and formed by so many different people, yet when you trace it back as a song title such as "Going Back To My Roots" (Lamont Dozier, Warner Bros. 1976) it's always going to come back down to Ron Hardy and Larry Levan. The parallel lifestyles riding an exact path in two of the largest cities in America. Chicago & New York City.

While I am only leaving this review to pay homage to someone who was able to live his dreams through the music he played, before such a thing as DJ Culture existed...It is important to point out that Heroin is a killer. Ron Hardy (33) Larry Levan (38). We have actually been involved in a scene where most of the veterans are still here doing their thing. And that is a good thing. I am 41 years old as of print and post time. We as DJ's lead a strange lifestyle, but Heroin Kills. These guys might have been able to reach millions of people had they made it today. It is sad that we have been stuck in retrospect for a decade and a half.