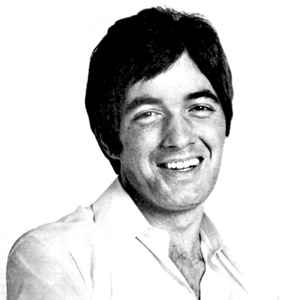 Real Name:
Barry Sapherson
Profile:
English pop singer, songwriter and photographer
Born: 24th October 1948, Leeds, Yorkshire, England
Died: 28th September 2021
Ryan was married to Christine Davison and had two children, Jack Davison (18 April 1995) and Sophia Davison (4 September 1996). The son of pop singer Marion Ryan and Fred Sapherson, Barry and his twin brother Paul Ryan began to perform at the age of fifteen. In 1965 they signed a recording contract with Decca as a duo - Paul & Barry Ryan - and brought out singles such as "Don't Bring Me Your Heartaches" (1965), "Have Pity on the Boy" (1966), and "Missy Missy" (1966).

When it turned out that Barry's brother, allegedly on the verge of a nervous breakdown, was unable to cope any longer with all the stress connected with show business, the two brothers decided on a new division of labour: Paul would write the songs which Barry would then interpret as a solo artist. Their greatest success as a composer-singer duo, now for MGM Records, was "Eloise" (1968), melodramatic and heavily orchestrated. Later singles included "Love Is Love" (also 1968), "The Hunt" (1969), "Magical Spiel" (1970), and "Kitsch" (1970). "Love Is Love", also written by Paul, and released in the United Kingdom during February 1969 was not a great success in his own country. However combining sales from Germany, Austria, and the Netherlands, "Love is Love" sold a million copies by August 1969, the second million-seller for Ryan. Ryan was also very popular in Germany. Promoted by BRAVO, the German youth magazine, Ryan also recorded a number of songs in German, for example "Die Zeit macht nur vor dem Teufel halt" ("Time Only Stops at The Devil").

Ryan stopped performing in the early 1970s. There were rumours that Ryan had had an accident in the recording studio. Supposedly he suffered serious burn wounds in the face and could no longer appear in public. Instead, he turned to his lifelong passion, photography, clocking up portraits from Paul McCartney and Bjork to Margaret Thatcher and Ronald Reagan, with the National Portrait Gallery buying several of his pictures. He made a comeback in the late 1990s when a two CD set with his, and his brother's, old songs was published. Ryan was also part of the 'Solid Silver 60s Tour' of the UK in 2003, singing "Eloise" backed by The Dakotas.
Sites:
alexgitlin.com, musik-sammler.de, Wikipedia, imdb.com
Aliases:
Matayo
In Groups:
Paul & Barry Ryan
Variations:
Viewing All | Barry Ryan
B. Ryan, B.Ryan, P . Ryan, Ryan