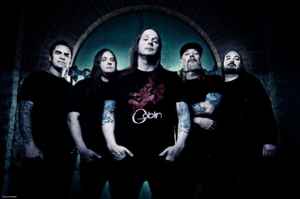 Profile:
A death metal band from Gothenburg, Sweden, founded in 1990.

At The Gates are a highly influential metal band that has often considered as the pioneers of "Gothenburg metal", or melodic death metal style. They disbanded in 1996, but reformed in 2007 and have been active since then.