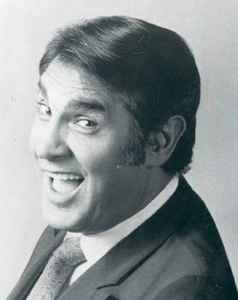 Real Name:
Ralph Israel
Profile:
American singer and actor (July 1, 1918 – August 22, 2008).
He was best known as the partner of Tony Sandler in the singing duo of Sandler and Young.

Young began his career in the military during World War II, where he formed his own band. Afterwards, he sang with the Tommy Reynolds (3) and Shep Fields big bands and became lead vocalist for Les Brown And His Band Of Renown with Doris Day. Young sang in the Latin Quarter, owned by Barbara Walters' father, Lou Walters, and operated by Rancho Mirage resident Lenny Green in the 1950s. His wit and singing talent prompted Walters to call him “the king of the production singers.” He also starred in the Broadway musical, “Whoop-Up” in 1958-'59. From the 1960s through the early 90s, the tuxedo-clad duo of Sandler and Young released 22 albums, headlined major hotel and casino showrooms in both the U.S. and abroad, and made countless guest appearances on top-rated television variety shows.
Sites:
web.archive.org, imdb.com, Wikipedia
In Groups:
Ralph et Tony, Sandler & Young