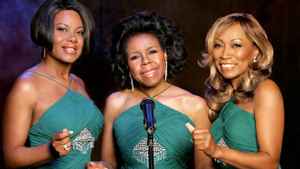 Profile:
American girl group, the first to have a number one single on the Billboard Hot 100.

The members of the quartet were Shirley Owens (the main lead singer; later known as Shirley Alston, then Shirley Alston Reeves), Doris Coley (later known as Doris Kenner, then Doris Jackson; who sang lead on "Dedicated to the One I Love", "Welcome Home Baby", "Blue Holiday" and a number of B-sides and album cuts), Beverly Lee, and Addie Harris.

The quartet formed in New Jersey in 1958, and went on to release a string of hits including "Baby It's You" (written by Burt Bacharach/Mack David/Barney Williams), "Mama Said", "Foolish Little Girl", and the US #1 Pop hits "Will You Love Me Tomorrow" (Gerry Goffin/Carole King) and "Soldier Boy" (Florence Greenberg/Luther Dixon). The Shirelles were the first major female vocal group of the rock and roll era, preceding Motown as a crossover phenomenon with white audiences.