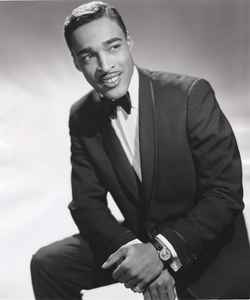 Real Name:
Charles James Hunt
Profile:
US Soul singer Born on the 18th June 1933 in Pittsburgh, Pennsylvania, USA. He was a member of The Flamingos until 1960 when he started his solo career in New York. He had a string of releases throughout the 60s and was a regular at the famous Apollo. He came to the UK in the early 70s and played at the 2nd Anniversary of the Wigan Casino. This led to his connection with Russ Winstanly & Mike Walker and his rise as a Northern Soul star.
Sites:
tommyhunt.co.uk, allmusic.com, Wikipedia
Aliases:
Charles Hunt (4)
In Groups:
The 5 Echoes, The Flamingos
Variations:
Viewing All | Tommy Hunt
Hunt, T. Hunt