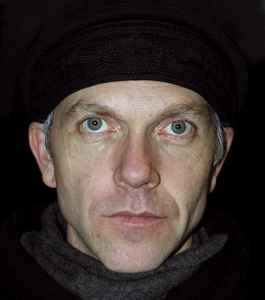 Oswald first came to notice as an habitué in the mid-1970s of the Music Gallery, where his affiliations included Pitch (established in 1976 with Marvin Green and responsible for a variety of events held in total darkness), the Glass Orchestra, the New Music Co-op and, as founder and sometime editor, Musicworks.

Oswald has performed throughout Canada and in the USA as an alto saxophonist, playing in both solo and group improvisational settings. Oswald, whose style is generally free of jazz references and often fiercely expressive, also has appeared on other albums by Kaiser, as well as recordings by Alfred Harth and M+M.

In 1980 Oswald established the Mystery Tape Laboratory, preparing and distributing music/sound collages on cassettes packaged with neither sources noted nor explanations given. In 1987 he reversed the principle with the EP Plunderphonics* - Plunderphonics, which comprised four 'revised performances' created by the 'plundering' (ie, studio manipulation, including 'sampling' and subsequent reconstruction) of recordings by Count Basie, Dolly Parton, and Elvis Presley, and of The Rite of Spring. A CD of Plunderphonic - Plunderphonic followed in 1989, with an additional 20 plundered performances by the Beatles, Glenn Gould (from the Goldberg Variations), Michael Jackson, et al, and of Liszt, Webern, Verdi, and Beethoven. Although Oswald's sources were scrupulously acknowedged and the recordings given free of charge to musicians, critics, libraries, etc, the CD nevertheless was deemed to be in violation of Canadian copyright laws. Under the threat of legal action Oswald relinquished the master tapes and all undistributed copies to CRIA which in 1990 had them destroyed. Ironically, Oswald was subsequently commissioned by the US label Elektra to plunder its catalogue and prepared the CD Rubáiyát Plunderphonics (Elektra PRCD-8247, issued in 1991) to mark the company's 40th anniversary.

Oswald has received other commissions from ARRAYMUSIC (Slide Whistles, 1976; Acupuncture, 1991) and the Kronos Quartet, and has prepared scores for the RectoVerso theatre company of Matane, Que. His first piece for the Kronos, Spectre (1990), is in the composer's words 'for gesturing string quartet and the recorded allusion of a 1001 string orchestra'. A second work for Kronos, premiered in part in 1991, involved the plundering of the Beethoven quartets.
Sites:
plunderphonics.com, pfony.com, 6q.com, vimeo.com, YouTube, Bandcamp, Bandcamp
Aliases:
Mystery Tape Laboratory, Norman Igma, Plunderphonic
In Groups:
CCMC, Recto Verso (2), The Glass Orchestra, The Grebs
Variations:
Viewing All | John Oswald
J Oswald, J. Oswald, JO, Oswald