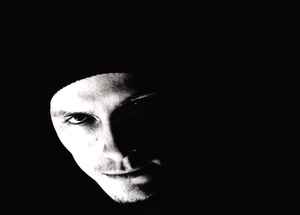 The early 1980s where filled with breakdancing and spray-painting everything that was possible around the Stockholm areas.

Early musical influences came from USA & Germany. "Remember GrandMaster Flash, DJ Red Alert, African Bambaata and the Soul Sonic Force, BDP, Busy B, Soundmasters, Egyptian Lover, and how about Ice-T in "Reckless" by Chris The Glove Taylor (including one of the first great TR-808 and TB-303 programmings ever). That was some amazing stuff back then, and I will never forget when Kraftwerk released Man Machine and Computer world. Then we have Mantronix, Ultramagnetic MC's, Whoodini, them where great times!".

October 31, 2020
it`s so sad, that today nearly every new stuff of this great producer isn`t yet anymore on vinyl!
all the old traxx are fresh & great, every production of him was in my opinion perfect, i love his stuff to the most!
BUT: i hope, that one day i will have nearly EVERYTHING of him on hybrid, planet rhythm and so on. he is so talented, his range is so wide and since his "hybrid e.p." on HARTHOUSE i follow this awesome musician!!! he is and will ever be in fact "the man of many theories!" for me! PERFECT! 1AAA+

November 6, 2017
one of techno's best kept secrets all in all.
try and expand the horizons.
See 1 reply

February 19, 2016
The most amazing thing is that despite the vast vast quantity of trax he's done, they all have unique ideas and sounds in them, and every ep and lp is a slight change in style or sound. He never seems to run out of ideas.

This guy delivers the goods 9 times out of 10 i would say. His earlier work for me was his best (whos isnt?) but the standard of his work continues at the highest level. A great producer and an awesome DJ as well.

October 25, 2003
This man is pure genius! The innovator of the swedish sound no doubt he's been doing this for years. By far one of the most versatile producers in the world with his productions ranging from the more recent banging techno to dubby techno to housier stuff and even sick electro as well. What impresses me the most is how well thought out his productions are. You can tell he's a studio genius by hearing all the subtleties in his tunes. This man deserves mad respect!

August 26, 2003
Cari's unique style is an inspiration to many other producers out there, he seems to be years ahead of the game. He continues to release quality records at an amazing rate. "For Those Who Know" on Hybrid and "For They Know Because" on H. Productions are highlights of his collection. His releases as Mr. James Barth are also top quality, check out "Stealin' Music" on Svek.

February 11, 2003
Cari has produced some dark but intelligence techno. If you buy any of his work you will be surprised at his range of sound and styles. Highly Recommended.