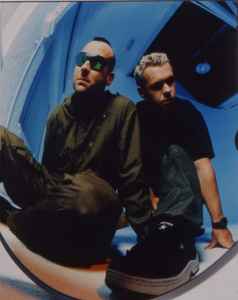 Profile:
Utah Saints are a electronic band based in Leeds, England that emerged from the group MDMA (2). The band had a string of hit singles in the British pop charts in the 1990s, and were notable for their extensive use of sampling technology – in particular, their practice of manipulating samples from mainstream pop and rock songs and combining them with contrasting dance beats.

Utah Saints have also gained a certain notoriety for the long gap between releases - their follow-up, Two (2000), came eight years after their debut (1992).