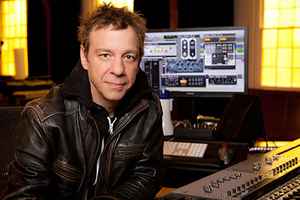 He was the singer and lead guitarist in rock bands Bedlam and Iodine in the first half of the 1990s. After those groups split up he worked as a session musician, playing on albums from The Wallflowers, Iggy Pop, October Project, K.T. Oslin, Gillian Welch, Radney Foster, and Nashville locals such as Daniel Tashian, Bob Bradley and Matthew Ryan, among others.