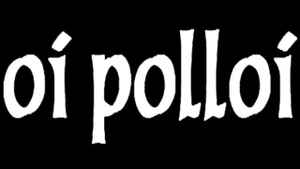 Profile:
Oi Polloi are a punk rock band from Scotland that formed around 1981. Starting as an Oi! band, they are now generally more associated with the anarcho-punk genre. The band has become notable for their contributions to the Scottish Gaelic punk subgenre. The name probably comes from the Greek expression "Οι πολλοί" and it is a pun on the phrase hoi polloi meaning "the masses" or "the common people".

October 6, 2020
Wasn't the original drummer a Nazi? To bad boneheads get into the skin culture.