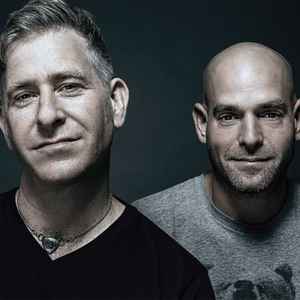 Profile:
Don't use this group for full name credits. Split them into their separate names instead.

Project name of the US American DJs and producers Josh Damon Gabriel & David Mitchel Dresden from San Francisco. Their popularity and activities were centered in the US. They won the WMC award as Best American DJ twice in 2007 and 2008, the same day (March 30, 2008) the group split-up to take a break due to both personal and musical reasons.

Up to the 2004, they were absolutely amazing, still enjoy there old tracks & remixes. But from there first album in 2005 it all went downhill unfortunately imo.

January 25, 2013
Can someone guide me as to the mix of Arcadia used in Tiesto's ISOS 4: Latin America? I've been through the original and all the remixes but they all fall short.
See 1 reply

Gabriel & Dresden the two that got me into trance in the first place. There music makes your body move. It makes you want to dance. The Trance Duo from San Francisco, California makes anything into something better. After splitting up in mid 2008 there legacy still lived on though everybody else. Now coming back in late 2011 they keep it coming.

If Gabriel & Dresden touch a song, it turns into gold. Or better: they see the brilliant diamond in the rough gem. It's not surprising they get to collaborate with just about anybody they’d like.
Whether it's one of their own productions or a remix, with every new release it's just amazing to hear what they've done this time!
I'd say Gabriel & Dresden have raised the bar for (progressive) trance producers all over the world, and I hope they will maintain their position in being one of the greatest inspirations.