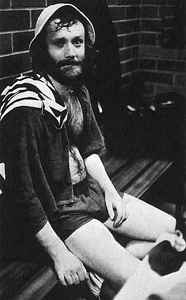 Real Name:
Barrie Barlow
Profile:
English drummer born September 10th, 1949 in Birmingham. Mostly known for playing in Jethro Tull from 1971 to 1980. After leaving Tull, Barlow went on to do various session projects, including work with Robert Plant, John Miles, and Jimmy Page, and he also started his own bands (The Storm, Tandoori Cassette) which never quite took off.
These days, Barrie is a producer & manager and has a recording studio (The Doghouse Studio) on his property.