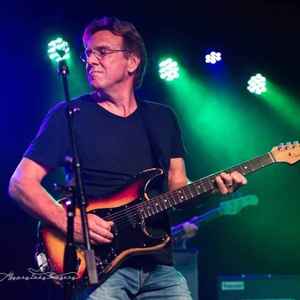 He began his career as part of the original Christian rock band White Heart in which he played with his brother David Huff, and later in the melodic rock band Giant (4). Since then, he has found work as a session guitarist and producer, in both rock and country music.