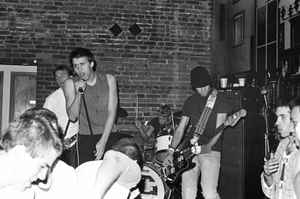 Profile:
USA hardcore punk band from Washington, DC. The band released one E.P. in 1981. The E.P.'s title "Possible E.P." was a sarcastic reference to a Dischord Records ad that singer Nathan Strejcek came across that stated Dischord's upcoming releases included a "possible E.P." by Youth Brigade. Strejcek had co-founded Dischord and, at the time, was working for the label so he was unhappy that his own band's release was only considered a possibility. The band split the same year.

“The Encyclopedia Of Punk” by crimsonmetal74
View More Lists →