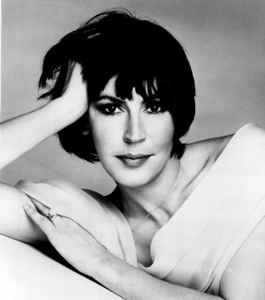 Real Name:
Helen Maxine Reddy Wald
Profile:
Australian-American singer and actress born on 25 October 1941 in Melbourne, Australia; died 29 September 2020 in Los Angeles, USA. Reddy moved to the USA in 1966 after winning a talent contest on Australian Bandstand and found success in 1971 under management with Jeff Wald, her former husband from 1968 to 1983. She was naturalized in December 1974 as an American citizen.

Reddy retired from live performance in 2002, returned to university in Australia and earned her degree, and practiced as a clinical hypnotherapist and motivational speaker. In 2011, after singing "Breezin' Along with the Breeze" with her half-sister, Toni Lamond, for Toni's birthday, she decided to return to live performing. albeit on a few occasions.
Sites:
Wikipedia
In Groups:
Voices That Care
Variations:
Viewing All | Helen Reddy
H. Freddy, H. Reddie, H. Reddy, H.Reddy, Helen Ready, Hellen Reddy, Reddy, ヘレン・レディ, 헬렌 레디

Rest easy, beautiful. Thank you for the amazing songs you brought us.