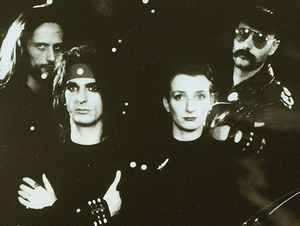 Profile:
Borghesia is an electronic band from Slovenia and Croatia (former part of Yugoslavia) created in Ljubljana in 1982.
The first two recordings were influenced by new wave, electro-pop, disco, ebm.
The band took then a more ebm direction from the third album.
They published audio recordings and videos which were often influenced by fetishism.
The band stop its activities around 1995 and came back in 2009.